Images of Philippine slums have historically served as a disturbing index of persisting violence and poverty in the country. Under the presidency of Rodrigo Duterte, photographs of victims of the violent drug war that has claimed thousands of lives circulate in the public sphere, displaying the state’s ruthless policy that renders disposable human lives in urban poor communities.

These slum communities have significantly expanded in the country’s urban centres, where people move from economic deprivation borne out of an undeveloped agricultural industry in the countryside, only to encounter further economic marginality, and homelessness in cities. Data from the World Bank indicates that as much as 43 percent of the urban population in the Philippines lives in slums. Also known as iskwater, slums can be found variously dispersed in over 500 communities in Metro Manila alone, the country’s capital region, occupying vacant lands, perpetually hounded by threats of eviction by the state and private entities and vulnerable to disasters and other safety hazards.

How films imagine the struggle for survival and justice in the slums is at the heart of Katrina Macapagal’s book Slum Imaginaries and Spatial Justice in Philippine Cinema. This compelling book examines the depiction of the slums in recent Philippine urban cinema, particularly those produced in the independent cinema movement beginning in the 2000s. It aims to show ‘how the global underclass of slum inhabitants in the context of Manila’s slum imaginaries stake their ‘right to the city’ through time-spaces of spatial justice.’

The book is divided into two parts. Part I: Locating Philippine Urban Cinema is composed of chapters that neatly lay the conceptual groundwork, as well as the socio-political contexts of the book’s inquiry. Chapter 1 explains the idea of spatial justice, which refers to how the struggle for justice assumes a spatial dimension. The chapter also discusses the emergence and proliferation of the slums and the urbanisation of poverty in the wake of the widespread neoliberal economic restructuring of many countries such as the Philippines. The author then makes a detour to the ‘chronotope’ of Russian philosopher Mikhail Bakhtin, a concept that foregrounds the intertwined dynamics of time and space in studying narratives such as those in film. Bakhtin’s theory is central to Macapagal’s novel framework of slum chronotope, which examines how the urban poor struggle for spatial justice as they navigate the time and space of the slums. Macapagal also touches on the ethics of realism in cinema, briefly addressing the charge of poverty ‘pornography’ frequently directed towards slum films.

Chapter 2 contextualises Macapagal’s conceptual premises in the specific conditions of Philippine urbanisation and cinema. In this chapter, she discusses the historical formation of Manila’s slums, tracing it across the country’s experiences of multiple colonialisms, nation-formation, and contemporary neoliberal restructuring. This discussion establishes an historical framework for the subsequent chronicle of Philippine urban cinema, from the early years of the Philippine cinema during the American colonisation in the early twentieth century, the New Cinema of the Martial Law period under the Marcos dictatorship in the 1970s and 1980s to the present wave of independent films begun in the 2000s, exemplified by the films examined in later chapters. Chapter 3 probes further into the domain of film and narrative studies, providing an overview of the filmic and narrative modes and genres—’coming-of-age’, melodrama, film noir, the overseas Filipino worker (OFW) genre—of the films analysed in the study, situating them in relation to generic and modal developments in global cinematic and more broadly, narrative productions.

Part II is composed of chapters devoted to close readings of selected slum films, demonstrating the usefulness and malleability of the slum chronotope across dramatic genres, modes and themes. In Chapter 4, Macapagal reads two coming-of-age narratives, Ang Pagdadalaga ni Maximo Oliveros [The Blossoming of Maximo Oliveros] (2006) and Tribu [Tribu] (2007) to highlight what she calls chronotopes of passages in the production of the time-space of childhood in the criminal-populated lifeworld of the slums. In Chapter 5, the author turns to what she calls affective chronotopes in slum melodrama. Here, she examines the films Kubrador [Bet Collector] (2007), Foster Child (2007), and Lola [Grandmother] (2010) to focus on how the practices of women walking address the ethically fraught questions of survival. The question of masculinity is at the heart of her analyses in Chapter 6. Analysing On the Job (2013), Metro Manila (2013) and Kinatay [Butchered] (2009) through the lens of the film noir, Macapagal discusses what she refers to as chronotopes of mobility that structure the agency and anxieties of male characters caught up in the criminal underworld in the city. Chapter 7 locates the chronotope of in/visibility in the OFW film Transit (2013). In this chapter, which is distinguished from others by its focus on slum spaces overseas, Macapagal expands her discussion of mobility through the experiences of migrant subjects who are forced into invisibility by the threat of expulsion from their host countries. The final analytic chapter focusses on Respeto [Respect] (2017), which portrays youth rappers in the slums who make use of the chronotope of performance against the violent drug war of the Duterte government.

Macapagal’s close readings draw strength from her detailed discussions of the deployment of filmic techniques such as camerawork, auditory cues, and production design in tracking the fictional protagonists’ exercise of agency in the time-spaces of the slums. A firm consciousness of the histories of violence governing the spheres of social marginality in which these characters move inform these compelling analyses. Vividly conceptualised thus are the complex enactments of spatial justice by protagonists, as they respond in their own ways to the particular structures and conditions of socio-political violence that they inhabit.

These enactments of spatial justice however are circumscribed within the individualist/personal motives of the characters. The protagonists struggle for spatial justice out of the need to provide for their families, or at least get through the night without being killed by the violent forces lurking in the slums. The neoliberal restructuring of the slums therefore underpins and even entraps the formation of agency of the people living in them, forcing them to confine their stakes in survival to the sphere of the private or the individual. This issue could have been further expounded by an account of how the individualising and privatising ethos associated with neoliberalism also shapes the urban poor’s exercise of agency in their struggle for justice and survival.

Macapagal’s concept of slum chronotope is a useful framework to study cinema’s imagination of spatial agency, fostering understanding of how people in the time-spaces of the slums refuse to surrender amidst the violent conditions of urban poverty. While the selected films examined mostly end bleakly, the idea of spatial justice validates hopeful possibilities for enacting agency amidst the urgencies of individual or family survival.

The slums, after all, are a site of radical collective action that exceed the individualising entrapments of socio-political and economic violence. For instance, in an account mentioned at the beginning of the book, the residents of Sitio San Roque in Metro Manila staged a protest during the early months of the COVID-19 lockdown to assert their right to shelter. Similar accounts of collective action have found their way into recent urban films screened in platforms such as the Daang Dokyu (Festival of Philippine Documentaries) and Cine Maralita (Urban Poor Film Festival), some of which have been screened in urban poor communities. These recent works show a distinct chronotope of protest by the urban poor who, through collective action, persist in staking their right to the city.

Image: A slum in Manila. Credit: Adam Cohn/Flickr. (This image has been cropped.)

How can remittances in rural areas have the biggest impact? A study from the Philippines 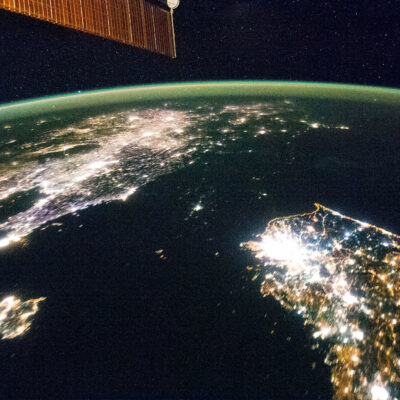 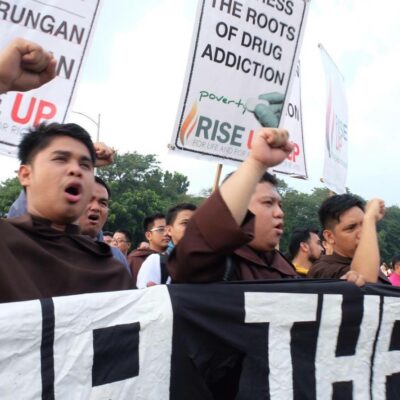 The year of daring: revisiting the Philippine left’s dalliance with a strongman