Erosion of democracy? The case of Niseko, Japan

Democracy is being eroded in Japan. Top-down and centralised regional policy, promoted since the administration of Junichiro Koizumi from the early 2000s and continued under successive subsequent prime ministers, especially the late Shinzo Abe, has undermined participation and responsibility at the grassroots level.

Public-Private-Partnerships (PPPs) between municipal governments and private companies have been promoted since the Koizumi administration between 2001 and 2006. The model of democracy of Alexis de Tocqueville, where local people make decisions about their local communities, has been replaced with a system of competitive grants and PPPs.

Japan has long struggled with an aging society, depopulation and a shrinking domestic economy. Particularly, the overconcentration of the population in Tokyo and migration away from rural areas is a pressing issue faced by most municipalities. According to influential 2014 book Chihō-shōmetsu (Disappearing Municipalities) roughly half of the approximately 1,800 municipalities in Japan at that time were likely to disappear due to depopulation.

The government’s regional policy called chihō-sōsē (regional revitalisation) and kankō-rikkoku (tourism-oriented country) aims to tackle this problem. The regional revitalisation policy encourages people to move from big cities to municipalities in rural areas to help revitalise them. The tourism-oriented country policy seeks to increase tourism to rural areas from Japan and elsewhere.

Central to both policies is that municipalities aim to become a ‘kasegu chiiki’ (money-making communities). The central government expects municipalities to create tourist attractions and special local products that distinguish them from others, and which will attract people and money. These policies have had an impact on democracy in rural municipalities.

I have closely observed the effect of these policies on grassroots activism in Niseko, a rural town known as an international tourist destination.

Niseko is in Hokkaido region in northern Japan, well-known among skiiers and snowboarders for its powder snow in winter. The centre of Niseko is a tourist destination where tourists and foreign investment are concentrated around a ski resort in Kutchan town with a population of 15,000. In this article, Niseko refers to Kutchan town, one of the municipalities in Hokkaido.

Niseko has been developed as an international ski resort since the late 1990s by Australian entrepreneurs. It has become a place characterised by the high number of foreign residents who have settled there: a rural Japanese town which has become ‘international’. The common language around ski resorts during winter is English and long queues of foreign tourists at ski lifts and full ski lodges are a familiar sight during peak season.

The town is regarded as a successful example of rural revitalisation, but it is also facing related challenges such as over tourism and gentrification. Excessive concentration of tourists causes deterioration of the quality of the locals’ lifetyles, due to congestion on the roads and in shops. Land prices are rising due to foreign investment which has forced some small local businesses to close.

In November 2021 as part of my fieldwork, I worked for a local tourism association called KTA. KTA is a town-sponsored association for tourism development in Niseko, meaning it aims to implement the town’s policy on tourism development to develop a destination pleasant for tourists and local people. In 2012, it became a general incorporated association which means it is allowed to generate profit as long as it does not distribute surplus profits as stocks as corporations can do.

The number of general incorporated associations has been increasing nationwide since 2008 due to national policy encouraging the private sector to take on public services and public social activities aiming at enhancing welfare of the community, which have previously been organized by public institutions. This results in public services and public interest activities being outsourced to incorporated associations and the private sector.

KTA consists of a small staff (less than 10) and a director at the top of the hierarchy. Although KTA is a town-sponsored association, its funding from the town is insufficient for the tourism and community development projects needed, so it needs to win competitive grants from governmental agencies. It has secured several competitive grants, including one from the Japan Tourism Agency for shuttle bus operations around the ski resort in collaboration with a transport company in a neighbouring town. KTA is also responsible for the town’s tourism master plan, which is formulated with consultants from a Tokyo-based research and consulting firm and focuses on becoming an internationally competitive tourist destination.

In this way various actors such as private companies and consultants outside the local town community are involved in KTA.

In the case of KTA, it can be seen that the model of community development with competitive grants and PPP results in only a few people with the power to decide many matters relates to the community. For example, once competitive grants are publicly announced, the director and a small group of people working with the director from various non-local companies and consultants work together on implementing the work funded by the grant. This means that KTA’s mission of tourism development in the interests of tourists and locals, as stipulated in the tourism master plan, is unlikely to be fulfilled.

There is no community voice built into the decision-making structures. Even the advice of KTA staff members, with networks in the community and who could act as representatives of Niseko’s community diversity, was not followed. For example, the director fixed KTA’s annual projects for 2022 without consultation with staff, and staff who opposed some projects on the basis of cost and lack of benefit for the local community were ignored.

Systemic issues caused by of top-down and centralised regional policy

The government’s top-down and centralised regional policy, which imposes money-making responsibilities on municipalities, has the outcome of suppressing local input and voices.

Subsidised projects through competitive grants usually require outcomes in a short time. The organisations which obtained the grant are often obliged to achieve the expected results and report on them to the sponsor, such as government agencies, within several months. Deliberation and transparency are often omitted from the decision-making process to facilitate the project’s implementation as quickly as possible.

Disclosure of information about projects and inviting feedback on them may result in criticism and conflict which takes time to resolve. Decision-making within a small circle and working with familiar companies is more efficient. A related problem is the lack of diversity within the decision-making groups, which are usually made up of middle-aged men. Ordinary local people often don’t know a project is being considered until key decisions are already made and it’s too late to oppose or change it.

In this way, top-down decision-making without deliberation and transparency is normalised. Moreover, it guarantees that those not ultimately responsible for the community lead community development projects. 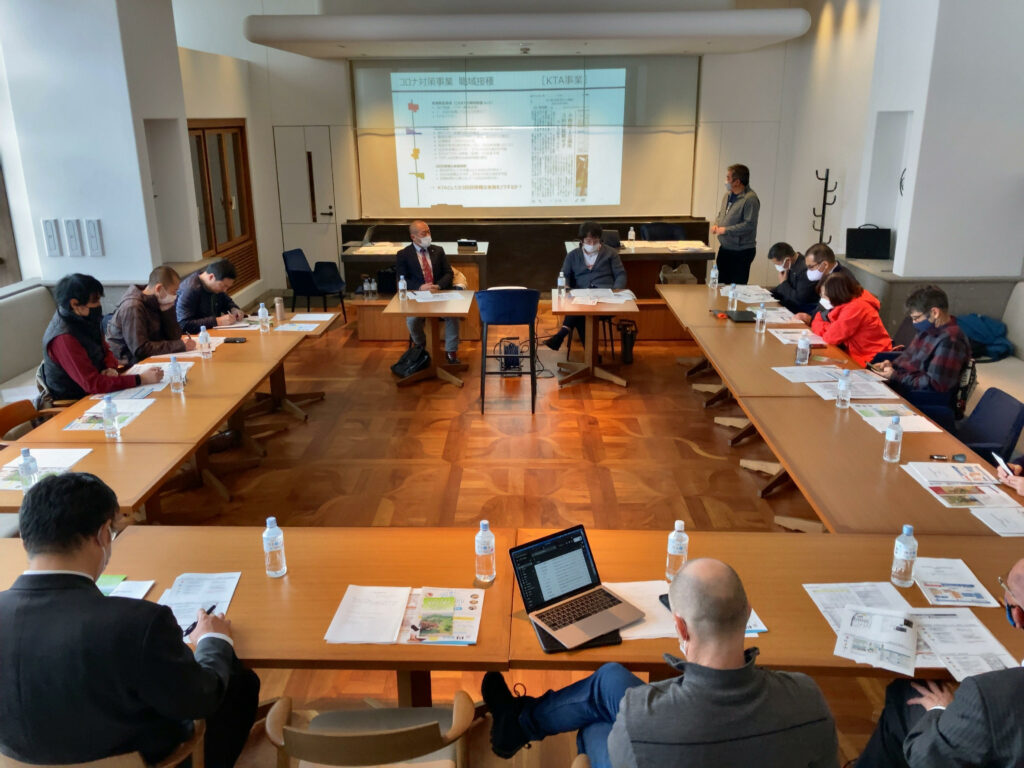 KTA board meeting: two out of twenty board members are women. Copyright: Kiyomi Misaki, 2021.

A top-down and centralised regional policy that forces municipalities to become financially autonomous with less support from the government has permeated Japanese society.

Democracy as participation and responsibility collapses at the grassroots level. A top-down and opaque decision-making process is typical in local organisations like KTA where information sharing, consultation, and discussion excluded as hindrances to efficiency. At the grassroots level only a few people decide community matters without consulting the local community, which seriously undermines the communities’ democratic right to decide for themselves.

To overcome this situation, action at the grassroots is essential. Speaking up and creating an environment to facilitate sharing opinions from below can lead to inclusion in decision-making.

Expressing opinions can be culturally difficult for many Japanese, but I hope that even if junior staff speak up, that will encourage other staff members to do the same.

Author: Kiyomi Misaki is a PhD candidate at the Asia Institute, University of Melbourne. 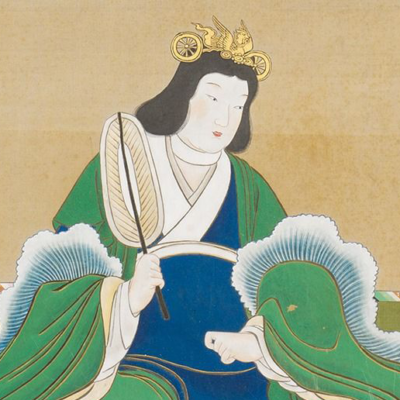 More than placeholders: The ‘century of empresses’ against modern succession laws 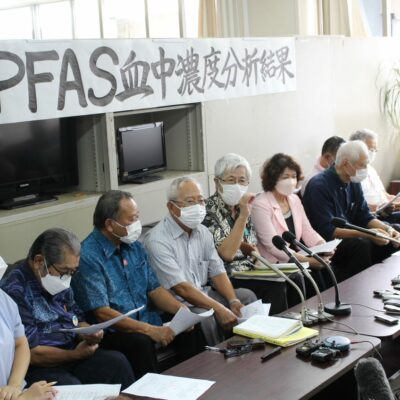 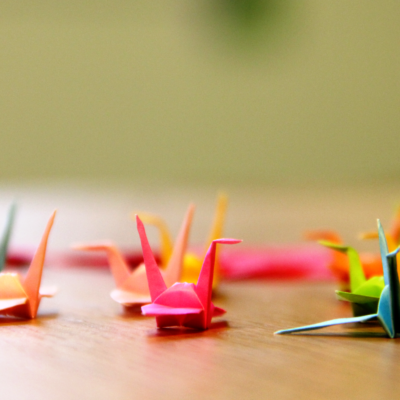 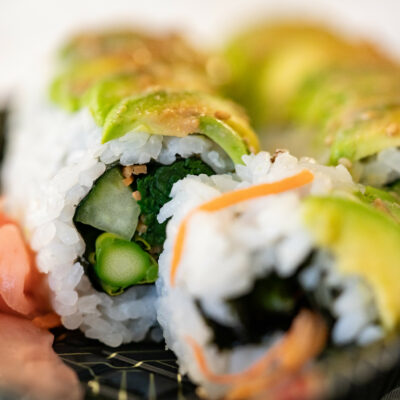 Veganism in Japan: How ‘soft’ activism is changing minds in a meat-eating nation