Human Geopolitics: States, Emigrants, and the Rise of Diaspora Institutions by Alan Gamlen 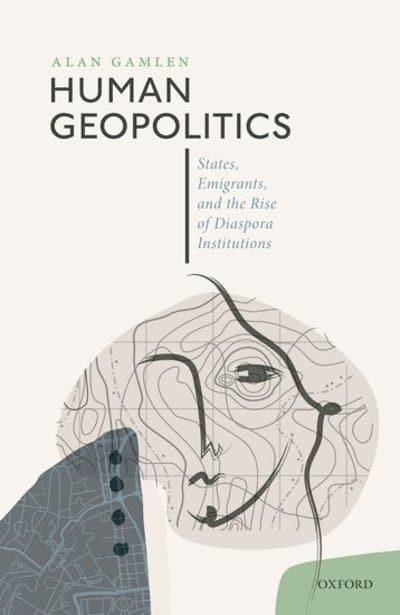 Based on a large-scale comparative study, ‘Human Geopolitics’ argues that ‘the evolution of a global migration regime has driven the recent rise of diaspora institutions, and that this in turn has helped unleash a new wave of human geopolitics around the world’. Human geopolitics refers to ‘the competition for population rather than territory’ and diaspora institutions are formal state offices that engage with emigrants and their descendants.

The temporal classification provides a convenient framework from the first phase to the formation of regional groupings spearheaded by the European Union (diasporas in a world of regions) and the greater involvement of the United Nations (diasporas in a global world) in trying to create global migration governance. However, the temporal classification can also, perhaps more accurately, be an analysis of the development of diaspora institutions from the formation of nation-states to the present, the impact of the formation of regional groupings, and the role of the United Nations.

Chapter 4 provides details from interviews with senior policy makers in India (e.g., Salman Kurshid, Minister of the Ministry of External Affairs), Mexico (e.g. Carlos Gonzalez Gutierrez, Executive Director of the Institute for Mexicans Abroad) and Eritrea (e.g. Hanna Simon, Ambassador to France and former Director General for the Department of Eritreans Abroad). The concept of regime shocks, i.e. ‘moments of questioning and revising dominant modes of citizenship, sovereignty and territory in a place’, is used to account for the emergence of diaspora institutions as states seek to regain control of their people overseas (such as India monitoring Sikh separatists overseas). This concept is also used to describe, in Chapter 5, the export of labour from countries such as the Philippines, Bangladesh and Pakistan. However, when almost all major political events can be described as regime shocks, its use to explain the rise of diaspora institutions becomes problematic. Yes, authoritarian regimes relied on ‘safety-valve emigration’ to maintain power and help bring in much needed money for the government, but to attribute the export of cheap labor from the Philippines or South Asia mainly to regime shocks masks the significant influence of the globalisation processes since the 1990s.

Phase 2 is described in detail in Chapter 6 in relation to regional groupings, such as the European Union and the African Union, and the management of intercultural borders between member states. Geopolitics in the Black Sea and beyond follows in Chapter 7, which deals with the competition for control of ‘compatriots’ between Russia and the EU. Chapter 8 on global diaspora engagement describes the increasing involvement of the UN and, in particular, the role of its former Secretary Kofi Annan. The terrorist attacks on the USA on September 11, 2001 prompted rethinking of the global governance of migration, which included calls to reform the UN to have global control of the movement and activities of terrorists.  The following chapter discusses the role of international organisations such as the World Bank and the International Organization for Migration (IOM). Through the use of donor menus (lists of potential policy projects), ‘models’ and ‘best practices’ were adopted, which also cater to the state interests of powerful donors. The USA, for instance, has great influence on donor institutions such as the World Bank and the US promotes its interests through diaspora engagement consultancies such as the Migration Policy Institute and Diaspora Matters which organise forums and provide advice in line with US interests. This is further described in Chapter 10 which discusses the exchange of diaspora policies between states and the standardisation of diaspora institutions around the world.

Chapter 11 concludes the study, showing the rise of diaspora institutions as states competed to claim diaspora populations. It highlights the new concepts used, and concludes with an account of human geopolitics in 2018: the poisoning of the Russian emigrant Skripal family in Britain, the murder of journalist Jamal Khashoggi in the Saudi Consulate in Istanbul, and China’s hunting down of corruption suspects in many countries, among others.

‘Human Geopolitics’ focuses its analysis on Europe and Israel, thus giving the impression that it is largely from a European perspective. This is not surprising as the modern nation-states first emerged in Europe. India, Mexico and Eritrea are selected for analysis under the theme of ‘regime shocks’, while the Philippines and South Asian countries are described under labor exports, followed by ‘diaspora engagement goes global’.

While China is included in the study, it is mentioned briefly only as an example of ‘regime shock’ which shaped its diaspora institutions, and in relation to its extension of authoritarian diaspora measures overseas. The period of Deng Xiaoping’s opening up of the economy is briefly mentioned as a regime shock (hence the role of the Overseas Chinese Affairs Bureau), but it would be more accurately described as a recovery from the shock of the Cultural Revolution. China has a long history of migration overseas, and a greater focus on it (or a separate study) could reveal its own processes of developing diaspora institutions in response to changing domestic and international scenarios. The development of diaspora institutions from the early twentieth century (the Chinese Affairs Council established by the Republican government in 1926 and Yan’an Overseas Chinese Office established by the Chinese Communist Party in 1937) to the present Overseas Chinese Affairs Bureau (OCAB) of the State Council have their own trajectories that cannot be glossed over with the concept of regime shocks. Competition over diaspora populations and how it has contributed to the rise of diaspora institution is relevant to China too: it was because of the Dutch colonial regimes’ intended claim over the Chinese in Netherlands East Indies as protected subjects that the Qing imperial government finally paid attention to the Chinese diaspora, leading to the proclamation of its Nationality Law in 1909. The changing roles of the OCAB over time illustrates very well the ‘tapping’ (with regards to states pursuing national economic and political interests), and ‘embracing’ (with regards to states’ security and foreign policy interests)—perspectives that the author mentions in Chapter 1.

The USA is not listed as a country studied, although its influential role in geopolitics is obvious in the analysis in Chapter 9 on ‘orchestrating a migration regime’. Perhaps the USA is so powerful it does not need a separate diaspora institution to deal with its diasporas, but the author should explain this. The lack of critical views on US roles in geopolitics gives the impression that while this study is critical of Russia, China, and some other authoritarian countries’ geopolitics strategies, it is not critical of the USA’s roles in, for instance, the Middle East and Africa, in causing mass migration and even encouraging Islamic terrorists to go to Afghanistan and Syria. The significance of diaspora institutions to the creation and development of Israel is well described, but the book is silent on the Palestinian people and their migration. While Palestine is not yet a recognised state and it is not listed in the study, it is strange that a description of the establishment of Israel does not mention the Palestine people at all. In fact, the Palestine Liberation Organization, which was established in the diaspora in 1964, can be seen as functioning as a diaspora institution which organised resistance against the state of Israel.

In his study of diaspora institutions worldwide, the author finds ‘no evidence whatsoever of corruption in or around any states or international organizations involved in promoting diaspora engagement’. Perhaps this is because his study is based on statistical analysis and interviews with major policy makers, which is less likely to reveal corrupt practices.  It is perhaps only through specific study of countries involving interviews with NGOs and ordinary people that corruption, if any, can be revealed. For example, it would be interesting to study the roles of the Malaysian government and government-linked companies in relation to their encouragement and management of cheap labor migration, for only then evidence of cronyism and corruption can be revealed.

Overall, this is an admirable study. It is a successful attempt to study diaspora institutions worldwide by relating the study to geopolitics. Students of migration study and geopolitics will find this book useful to understand the development of diaspora institutions and for doing further study, either globally or on a specific country. The book is also of interest to specialists for reflection on this important topic of migration governance at the national, regional and global levels.

INTERVIEW: Transnational connectivity is here to stay. How we understand and deal with it is crucial

Chinese business migrants in Australia: What shapes their business activities and economic contribution? 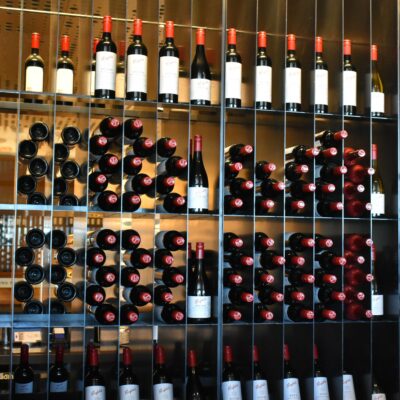 Chinese business migrants in Australia: What shapes their business activities and economic contribution? 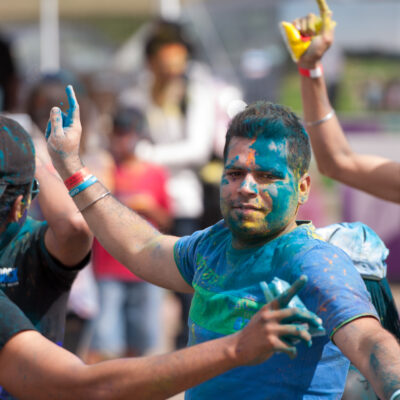 INTERVIEW: Transnational connectivity is here to stay. How we understand and deal with it is… 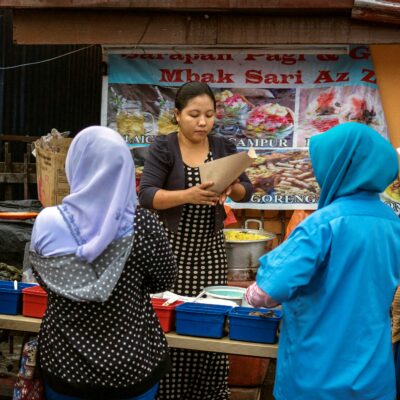