INTERVIEW—COVID-19 and Belt and Road: Some of the issues impacting business and human rights | Melbourne Asia Review

The UNGPs provide a global framework for states and businesses to prevent, mitigate and remedy business-related human rights abuses. They came into effect in June 2011 on their endorsement by the UN Human Rights Council.

In this interview with Melbourne Asia Review’s Managing Editor, Cathy Harper, Dr Deva discusses some of the main challenges in business and human rights in Asia and what is being done about them.

Do you think the situation relating to business and human rights in Asia is any better than it was prior to the UNGP’s adoption?

However, progress is slow and inconsistent. Good practices may exist in a particular sector or within certain companies, but there are there are large gaps in coherent action on the part of businesses and governments. Some governments which have made a commitment to adopt a National Action Plan are not taking any concrete steps. The Working Group has conducted country visits to several Asian countries and made specific recommendations. But these recommendations have not been implemented, which is a matter of concern. That’s why the Working Group is assessing, as part of a new project, what have we achieved in the last ten years and what our ambitions should be for the next ten years regarding the UNGPs’ implementation. This project will result in some recommendations as to what the Working Group should do going forward to make more impact.

What are the most concerning situations now in terms of business and human rights in Asia?

The most immediate concern is COVID-19, which has raised several business and human rights issues. COVID-19 has been used by governments as a pretext to impose restrictions on protests: if certain projects are not done in consultation with the affected community members, and they would like to protest against such projects, governments are using their emergency powers on social-distancing to restrict those protests. COVID-19 has also provided greater opportunities for governments to intimidate civil society organisations and human rights defenders. Moreover, access to mechanisms for justice, whether these are National Human Rights Institutions or courts, has been constrained. The Working Group has issued a statement to provide some guidance to states and businesses on how to discharge their respective duties and responsibilities under the UNGPs in times of COVID-19.

Can you provide some examples and contexts that you’re particularly concerned about?

There are many examples of business-related human rights concerns throughout Asia – it’s not about any one country in particular. In several countries, we have heard stories about workers who have been laid-off without any due process or consultation. If these laid-off workers or other individuals would like to protest, governments are saying that because of social-distancing linked to the COVID situation, only a very small number of people can assemble together.

We are also seeing a pattern in certain countries in Asia where companies are using COVID-19 as an opportunity to move faster in mining or other development projects. Companies think that the affected communities may not even notice adverse impacts because the people in those communities are not allowed to travel freely.

There are several other issues that the UN Working Group is quite concerned about and I would like to mention a few. Apart from a ‘tick-box’ approach to conducting human rights impact assessments, human rights defenders are being targeted for exercising their legitimate rights and the Working Group is developing guidance on this issue. Multiple barriers to corporate accountability for human rights abuses is an ongoing concern as well. Moreover, corruption and the weak rule of law in many Asian countries undermine the goal of promoting business respect for human rights. Another issue I would like to highlight is the adverse human rights impact of the Belt and Road Initiative (BRI). One common problem with development projects is a lack of meaningful consultation by businesses and governments and this issue is reflected quite strongly in the BRI projects. Since many of these projects involve a very close state-business nexus (that is, the nexus between Chinese state-owned business enterprises and the host government agencies), meaningful consultations with the effected communities are very limited at best. These projects are causing a significant adverse impact on the environment, labour rights and human rights generally, so this is definitely a serious concern for us, and we organised a session during the 2019 UN Forum to discuss the way forward.

Does it make things different, in terms of response, that Belt and Road Initiatives are often Chinese state-owned enterprises?

What is unique about BRI is that it is quite difficult to engage with Chinese state-owned enterprises. If affected communities face a situation where they cannot engage with the relevant companies in the host country because of political capture or because of the state-business nexus, then one would look at pressure points in the home country of such companies. But how do you engage the Chinese government when it comes to human rights issues? It’s very difficult and that makes the BRI unique. The second issue is that many states are at least willing to see the relationship between development projects and adverse human rights impacts. However, the Chinese government often tends to think of the BRI as a way to promote human rights, because the right to development is a human right.

At the same time, there is a growing realisation within the Chinese government about the ‘green’ dimension of BRI. The government feels that they must take on board issues about sustainability, climate change and the environment. These concerns they acknowledge. But when it comes to human or labour rights abuses and attacks on human rights defenders, I would say these are more sensitive issues for China.

Would you mind talking a bit about the current situation with multinational companies and business and human rights in Asia? How big an issue is this still and how is the UN Working Group dealing with it?

There are two issues that we should consider here. First, a significant amount of economic activity in Asia is linked to small- and medium-sized enterprises and the informal economy. There are serious human rights abuses in these settings, and I think we should pay greater attention to that rather than focus merely on multinationals.

Whether these multinationals are from the Global North or the Global South, many of them are definitely indulging in practices which are not consistent with international standards such as the UNGPs, the Organisation for Economic Co-operation and Development Guidelines for Multinational Enterprises, and the International Labour Organisation Tripartite Declaration of Principles concerning Multinational Enterprises and Social Policy. Evidence shows that apart from some leading multinational corporations, many companies are still operating with a legal compliance mindset, and they are not really adopting a wholistic approach to respecting human rights. We still have a long way to go in bringing a shift in the corporate culture of profit maximisation.

The Working Group has been raising awareness, making recommendations and organising peer-learning events (including during our Annual UN Forum on business and human rights) to stress the importance of responsible business practices.

Which sectors are most prone to human rights abuses?

There are human rights abuses in every sector but abuses in different sectors are prominent in different countries. For example, the extractive industry raises many concerns in the Philippines, PNG, Indonesia and India. Then there are concerns in the palm oil industry in Malaysia and Indonesia, and in the apparel industry in China, Bangladesh, Viet Nam and Cambodia. Serious labour rights abuses are also reported in the fishing industry in Asian countries, such as Thailand exporting seafood to Europe and elsewhere. In short, there is hardly any sector in which we don’t have human rights abuses, but the dynamic is different from sector to sector. More recently, there are growing concerns about new technologies because they raise issues about privacy, surveillance on the part of the government, and hate speech on social media. Irrespective of sectors, the adverse impact is often faced more by vulnerable or marginalised groups such as children, women, migrant workers, indigenous peoples, LGBTI people, and persons with disability. In 2019, the UN Working Group made specific recommendations to states and companies on integrating a gender perspective in implementing the UNGPs.

What do you see as the key challenges in implementing the Guiding Principles?

One thing that we notice is that awareness of the UNGPs still remains quite low amongst government officials, companies and civil society organisations. Then there is a lack of political will on the part of the governments. Many states have made a commitment to implement the UNGPs, but in reality they are not taking adequate steps. Moreover, we continue to notice the government perception of a conflict between development and human rights. Many governments think that if they push companies hard to respect human rights, that will slow down economic development and reduce foreign investment. They tend to focus on economic development first and believe they can take care of human rights later. This idea of sequencing is quite problematic. Challenges concerning access to justice and lack of corporate accountability are also quite severe. Last but not least, we have issues about the state-business nexus, corporate capture and corruption. These are some of the major challenges that we face in implementing the UNGPs in Asia.

The UN Working Group does not have much power to enforce its recommendations: we only have the power of persuasion. Whenever we receive reports or complaints about alleged corporate human rights abuses, we pass on these informally to the relevant government and companies and we have dialogues with them. Sometimes we send formal communications to the concerned states and companies, and in some cases we also issue a press release to highlight the serious nature of the issues at stake. Moreover, we work with civil society organisations and give them advice on how they can use several mechanisms of accountability and different pressure points. We also work with National Human Rights Institutions on how they can be proactive in dealing with particular issues. Of course, we regularly issue general recommendations in our thematic reports to all states and all companies on how they should respond to business-related human rights abuses.

In terms of the implementation of the UN Guiding Principles, what do you see as the role of politics and society?

Moreover, I think we also need to involve other institutions such as universities, schools, religious institutions, investors, consumer councils and trade unions in the business and human rights agenda—everyone has a role to play in their own settings. The UN Working Group very much hopes that in coming years all societal institutions begin recognising these connections and start playing a more proactive role in the future in promoting business respect for human rights.

India and Australia’s federal systems have responded fairly well to COVID-19. But the US system hasn’t

Overcoming Oligarchy? The UN’s Guiding Principles on Business and Human Rights in the Philippines. (中文)

INTERVIEW: From a public health crisis to a ‘police state’: China during and beyond COVID-19 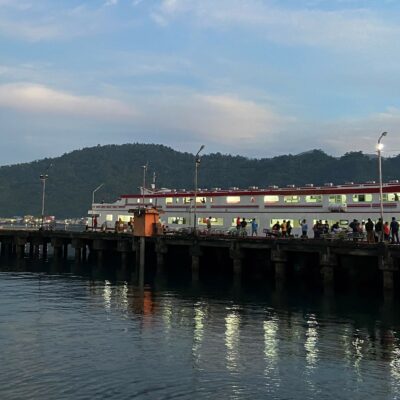