‘Islam, authoritarianism, and underdevelopment: A global and historical comparison’ by Ahmet Kuru 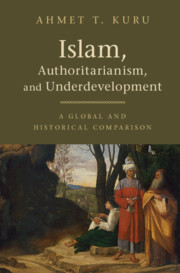 In his book titled Islam, Authoritarianism and Underdevelopment, Ahmet Kuru takes a scholarly approach to answering a question often considered about the state of Islam and Muslim nations: Why do Muslim majority countries exhibit high levels of authoritarianism and low levels of socio-economic development compared to the European West?

Similar questions are posed in the everyday life of Muslims, such as in the sermons of Imams in Australia’s largest city Sydney (which I have observed during fieldwork research): Why are Muslims lagging in social and economic development? What happened to the era when Muslims were at the forefront of advancing philosophical and scientific knowledge? Why is the Muslim world suffering at the hands of authoritarian regimes? The answer the imams typically provided their audiences had a theological orientation, placing responsibility on Muslims by informing them the state of the Muslim world is because they do not follow the ethical and moral guidelines of Islam.

As a political scientist, Kuru considers and critically engages with the diverse explanations provided by scholars. He rejects the argument that Islam as the cause as propagated by some orientalists and Islamophobes as he considers that it was during the first centuries of Islam that Muslims flourished intellectually and economically, experiencing what is referred to as the Golden Age of Islam. Kuru points to the accomplishments made by famous Muslim scholars such as al-Khwarizmi, al-Farabi, Ibn al-Haytham and al-Razi. He points out that Muslim scholars took on the task of not just interpreting but adding to the ideas of Greek philosophical giants such as Plato. To those who consider Western colonialism to be the reason the Muslim world has lagged, he acknowledges that problems stemming from colonialism are significant, but argues that the Muslim world had already stagnated and was in a weakened position prior to being colonised, making it an easy target for invasion and colonisation.

Kuru’s book is divided in two sections. The first focuses on the present conditions in the Muslim world and gathers evidence from 49 Muslim majority countries to argue the Muslim world is falling behind world averages in terms of socio-economics. Statistics are presented to demonstrate that, as a group, including oil rich nations, the figures relating to socio-economic development such as literacy rates fall well behind world averages. Furthermore, Muslim majority countries have disproportionality lower rates of democratic governance and higher rates of authoritarian government. The second section of the book takes a historical approach to explaining the decline of the Muslim world. In this section, Kuru boldly criticises influential Islamic scholars such as Ibn Taymiyya and al-Ghazali for presenting theological arguments in favour of the military dominated ulema–state alliance, which he sees as one of the primary reasons why the Muslim world continues to experience socio-economic and intellectual stagnation.

According to Kuru, the reason for the stagnation of the Muslim world can be traced to the 11th century when the social and political structure of Muslim societies changed drastically. From the 7th to 11th centuries, he argues, religious, intellectual and economic groups flourished by maintaining distance from political authorities. The work of scholars and intellectuals at this point in Islamic history was funded by powerful merchants and played an influential role in enabling scientific progress and development. Islamic scholarship, Kuru argues, flourished at this point, operating separately from the state, so scholars were able to express diverse and creative ideas.

Kuru argues that the downfall of the Muslim world began in the 11th century when the Muslim states began militarising the land (the iqta system whereby land was given to individuals who served in the military in exchange for their service) and started working closely with the ulema (Islamic scholars/actors) to promote Sunni orthodoxy to the exclusion of others, such as the Shi’i population who were at this point considered a deviant sect. This period marks the beginning of the ulema–state alliance and the marginalisation of the merchants. The outcome of this transformation, according to Kuru, continues to be seen today in Muslim majority countries such as Iran where the ulema–state alliance is the government’s defining feature. It can even be observed in moderately secular settings such as Turkey where the central religious authority, the Diyanat, is run by the government and regularly used as an instrument to influence public opinion.

Kuru argues that while the Muslim world moved towards the formation of a ulema–state alliance, which he believes was instrumental in reducing creative intellectual thought in the Muslim world, the Western world moved in the opposite direction and fought for the separation of church and state. Universities were formed and intellectual advancements were made. The Muslim world under the influence of ulema-directed states did not take advantage of the latest advancements in technology that were being made in the Western world, such as the formation of the printing press, which offered the opportunity for intellectual ideas to be expressed and shared more widely. Consequently, literacy gaps started developing between the Muslim world and the West.

If Islam, as argued by Kuru, does not ask for or require an ulema–state alliance, but Muslim majority countries have taken it upon themselves to follow this model of governance, then perhaps it is genuinely the case that Muslims have lagged because they have not followed the teachings of Islam as they relate to governing a nation.   However, Kuru may under-estimate the effects and legacy of Western colonialism both in its historical and modern forms, which continue to impact many former colonies today, economically, and politically. His reduction of the problems in the ‘Muslim world’ to the ulema-state alliance is problematic as every Muslim-majority country has had its own set of dynamics to grapple with and not all Muslim-majority countries are in a state of decadence as Kuru describes them to be. It is for example problematic for Kuru’s theory to have placed Afghanistan, a country that has some of the lowest socio-economic indicators in the world with the United Arab Emirates, an oil rich country where the local population (as I have observed in my own experience working in the UAE) are moderately happy with the structure of the government even though Kuru might consider it to be authoritarian.  Overall, Islam, Authoritarianism and Underdevelopment makes a valuable contribution to a diverse range of fields and with a critical eye about its applicability to all Muslim-majority nations, deserves to be read.

When crackdowns and cooptation fail: What constrains religious opposition forces in Bangladesh? 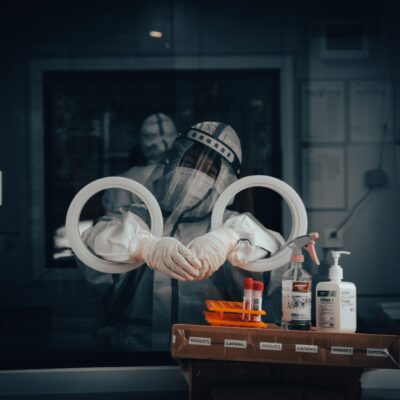 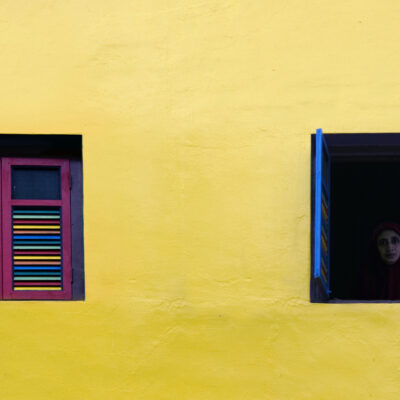 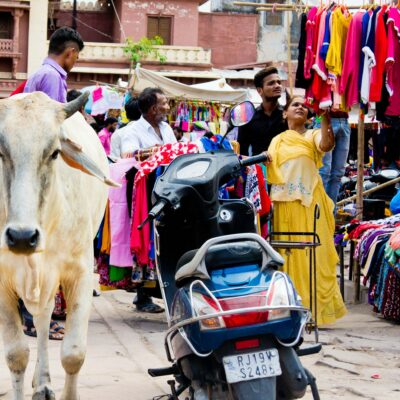