The government was slow to respond to the pandemic, even claiming in February that Indonesia was “corona[virus] free” as other countries in the region were recording their first surge of cases.

The government’s response should be understood as a reflection of the relationship between state and society in Indonesia today, where elite interests are paramount.

This is demonstrated through vastly different narratives propagated by the government and those advocated by civil society groups; and is affecting local elections in Indonesia on December 9.

Media reports show how the Indonesian government has consistently tried to project confidence through state communication channels. “To all Indonesian citizens, I ask you to remain calm, don’t panic, and remain productive by increasing caution,” said President Joko Widodo (Jokowi) on March 15, 2020 from the Presidential Palace. The government repeated the “be cautious, but don’t panic” line through multiple official and unofficial platforms, including by specifically mobilising social media influencers.

The Indonesian Corruption Watch (ICW) reported that the total of budget for such influencers reached IDR 90.45 billion (approximately USD 6.2 million). ICW reports that that these funds have been partly used for inviting celebrities and public figures to the presidential palace with much fanfare and tasking them with disseminating government policies regarding COVID-19 with the aim of maintaining positive public sentiment. The managing of such sentiment is also evident in more direct government communications on central and provincial government websites, such as regular emphasis on the number of people who have recovered from COVID-19. Early on, there were even ceremonies held to crown these survivors as “Corona Immunity Ambassadors”.

In reality, it is well known that the government response to COVID-19 has been fragmented. The Coronavirus Disease Response Acceleration Task Force, formed in March and headed by the chief of the Indonesian National Board of Disaster Management, Doni Monardo, was disbanded by July. In that same month, President Jokowi formed the COVID-19 Response and National Economic Recovery Committee led by Coordinating Minister for Economic Affairs, Airlangga Hartarto. But in September, Jokowi appointed retired army general and Coordinating Minister for Maritime Affairs and Investment, Luhut Binsar Pandjaitan, to manage and suppress the spread of COVID-19 in nine provinces with the highest infection rates, namely DKI Jakarta, West Java, Central and East Java, North Sumatera, South Kalimantan, South Sulawesi, Papua and Bali.

Such gauche governance is best shown in the clumsy coordination between the central, provincial, and local governments. A clear plan for managing the health crisis has never been produced or disseminated at different levels of governments. Case in point is policy of the Jakarta governor Anies Baswedan’s to enact the so-called “Total” Large-Scale Social Restrictions (PSBB Total) in September. This policy was criticised by the central government, represented by Minister Airlangga Hartarto, who stated that Anies’ policy was an overreaction and would negatively impact the economy, exchange rates, and the stock market. The Head of Indonesian National Board for Disaster Management Doni Monardo even claimed the policy never existed in an attempt to show that there was no disagreement between the Jakarta municipal government and the central governments. There was also a lack of common policy within some provinces. In Central Java for example, mayors and regents refused to conduct comprehensive testing so they could claim their jurisdictions as COVID-19 “safe zones”, a position which was not supported by Provincial Governor Ganjar Pranowo.

Both cases illustrate inept policy governance but also highlight deep-seated political antagonism between political elites. Such antagonism is at least partly responsible for Indonesia’s lack of a coordinated and cohesive response to the present public health crisis.

We argue that COVID-19 has brought factional conflict among elites to the surface and made it more publicly visible. A recent example is the public spectacle surrounding the return of the controversial leader of the Islamic Defenders Front (FPI), Rizieq Shihab, from his self-exile in Saudi Arabia. His arrival at Soekarno-Hatta airport in November attracted a large crowd, clearly violating DKI Jakarta provincial regulations relating to physical distancing.

Shihab’s return puts Jakarta Governor Anies in a difficult position. Anies had implemented responsive monitoring and tracking of potential COVID-19 cases from January, and on more than one occasion had questioned the central government’s claims that Indonesia was “flattening the curve”, even asserting that the number of cases was much higher than official figures indicated. But he shifted when his COVID-19 policy conflicted with the aims of Shihab, one of Anies’ key supporters and who played a crucial role during Anies’ victory against former governor Basuki “Ahok” Tjahaja Purnama in 2017.

In late November, volunteers who had been helping distribute COVID-19 face masks and hand sanitiser reportedly resigned in protest at a decision to distribute 20,000 masks for the wedding of Shihab’s daughter, saying the decision amounted to support for a mass gathering. The central government, represented by Luhut, criticised the provincial government’s violations of its own policies, stating that large congregations could become new clusters for infection. The head of Indonesian Policy General Idham Aziz stated that mass congregations that ignore health protocols have caused public unrest.

Gibran Rakabuming, the President’s son, also indicates inconsistency in policy. Gibran is running as Solo mayor for the Indonesian Democratic Party of Struggle (the PDIP, the party of Jokowi) and his supporters have at times congregated in violation of social distancing protocols and campaign rules, prompting celebrity COVID-19 volunteer and social media influencer Tirta Mandira Hudhi, known as dr. Tirta, to point out inconsistencies in the way high profile leaders are treated: “If [you] want to be wise and firm, let’s be firm [to] all. Don’t [permit campaign violations by] the President’s son in Solo. Reprimand Habib Rizieq [Shihab], reprimand all”.

What may seem like disordered and erratic decision-making and action is actually indicative of closeted political dynamics in which power is consolidated by people who are virtually unscathed by deficiencies in health governance.

Local elections in the pandemic

The decision to hold local elections in 270 regions on December 9, including in those with the highest number of cases is yet another indicator of how elites are seeking to protect their own interests by propagating a narrative that emphasises calmness and readiness to engage with life more or less ‘normally’. The holding of elections is crucial to maintaining the legitimacy of the status quo and therefore the social position of these political elites.

The decision to hold the elections was made despite intense criticism from epidemiologists, scientists and religious organisations such as Nahdlatul Ulama and Muhammadiyah. It is notable that 60 countries, have postponed various elections (many of which have since been held). Approximately 20 countries went ahead with elections as scheduled, such as South Korea which was widely praised for organising an election without a spike in COVID-19 cases due to a coordinated national plan.

However in Indonesia, holding local elections during COVID-19 ensures that the election campaigns of local elites with well-established economic and political resources will be further advantaged due to the additional challenges faced by their less well-resourced opponents. Many will even have serious trouble reaching their electorates in times of constrained political campaigning, which is compounded by the already declining number of candidates competing in local elections—a sign of growing elite entrenchment in local politics.

This year’s local elections will have a record number of unchallenged, single-candidate ballots. This number continues the increasing trend from the previous three local elections (three in 2015, nine in 2017, 16 in 2018, and 25 in 2020). Moreover, 21 out of 25 candidates for regent/mayor positions are incumbents, and four are either established businesspersons, high-ranking local parliamentarians, or a family member of an established elite.

The COVID-19 crisis has presented an opportunity for local and national elites to take advantage of the situation for upward political mobility (local politicians with national aspirations) and solidify their existing hold on power (incumbent political elites).

As health workers, civil society actors, academics, and pockets of reformist bureaucrats struggle to contain the spread of the disease, some (especially at the grassroots) have begun to work independently because of the government’s fragmented policy response.

Government bungling has meant that community-initiated social assistance has become necessary to help protect some of the most vulnerable members of Indonesian society. Early on and in various cities, civilians began mobilising volunteers to close off neighbourhoods.

Restrictions on the movement of goods and services have made people rely more on informal networks to provide basic necessities such as food and medicine. Some have said this has increased the informal role of women—who were already overrepresented in the sectors most affected by COVID-19 such as hospitality and care—to tap into the digital market-space to make ends meet. In other words, social resilience has been more important than government policy at the community level.

Likewise, civil society elements such as prominent groups like KawalCOVID19 and LaporCovid19, have organised themselves into loose, digital networks to monitor health policies and practices—at times doing the government’s job for them. KawalCOVID19 tabulates and cross-checks differing case counts on provincial and central government official websites. These differences have created ways to propagate disinformation for the purpose of creating the impression that particular jurisdictions have fared better than others. The checks by these groups, made public on their website and often cited by journalists and media, provides fuller picture  than that presented on official local and national government websites.

Notably, activists, health workers, and journalists who are critical of policy responses have been on the receiving end of mysterious cyberattacks. The Twitter account of epidemiologist Pandu Riono was hacked in August, following his criticism of the COVID-19 treatment “discovery” made by Surabaya-based Airlangga University, with the support of the State Intelligence Agency and the Indonesian Army. In addition, at least four media organisations critical of the Indonesian government were reported by the Alliance of Independent Journalist to have been digitally attacked.

Critical voices from civil society groups, scientists, and public health specialists reveal serious inherent problems with Indonesia’s handling of COVID-19—structural problems with governance that at best disadvantage communities and at worst exploit them.

The high level of resilience shown by communities during COVID-19 perpetuates the disconnect between civil society and the governing state—the flexibility permitted by informality allows more tolerance towards unfulfilled promises of health and social security.

The relationship between the state and society, we think, is one in which the kind of social movement practiced by activists pushing for health governance reform and social resilience practiced by ordinary people in order to survive have advantaged those engaging in elite power struggles.

While people’s lives and livelihoods are at stake, in Indonesia the COVID-19 pandemic reveals the narrowing of the struggle for power to fewer hands—albeit with token social distancing.

Maintaining pluralism in authoritarian systems: Lessons from Turkey and beyond 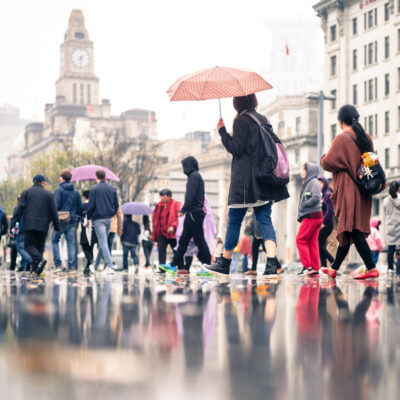 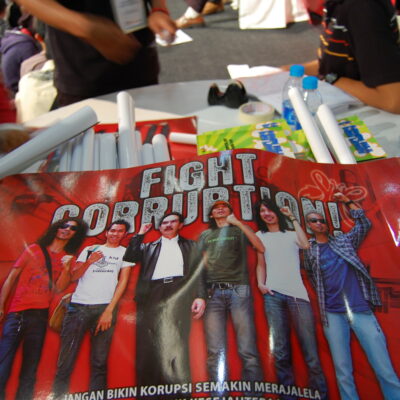